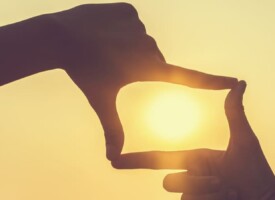 When women cannot have children

When women cannot have children: The infertile experience from a semiotic mediative perspective

In her talk, Yuko Yasuda will present her conclusions from interviews with a woman who cannot have children. She accompanied her for five years and interviewed her six times. During this time, the woman underwent infertile treatments which entail serious burdens for mind and body. Because of these burdens and investment, women tend to stick to the decision of wanting to become pregnant. The woman interviewed here, nevertheless, managed to stay mindful with herself and treasured her own physical and mental health. She eventually widened her social activities and the prospect of her life in general, rather than focusing on just having children.

The process of dealing with the fact that she would not have children of her own can be described with the help of ‘confrontation,’ ‘coexistence’ and ‘remodeling’. The tension between the “Child Focus” and “Health Focus” also becomes apparent. To embed the process into a larger perspective, it will be described in reference to the Trajectory Equifinality Approach(TEA). TEA is composed of TEM (Trajectory Equifinality Modeling), HSI (Historically Structured Inviting) and TLMG (Three Layers Model of Genesis). The latter focuses on the relations between micro-, meso- and ontogenesis including a closer look at the function of (promoter) signs.

Students and other interested persons are invited to join the discussion and learn more about this theoretical framing as well as ways of analysis when working at the intersection of clinical and cultural psychology.